Empire Construction Services is a Denver based construction firm providing engineering and building services to owners and developers of commercial, industrial, transportation and residential projects. Empire also provides project management for a variety of ventures, from stadiums to multi-family residential.

At Empire, we believe our greatest asset is people; those we work for, our employees, and our partners. This focus allows us to deliver the highest standard of excellence—and has since 1990. (D&B Number – 788079986)

City and County of Denver

Authenticity and Honor Empire’s promise is to “do what we say” and to conduct business with the highest standard of fair and ethical practices.

Safety Our highest priority is the safety of our team and the communities we service. Empire is committed to taking all the right steps to create an environment that is safe for everyone.

People People are our greatest asset and strength. We will collaborate and communicate with all of those involved to overcome any challenge. We believe our future is secured by advancing the interests and success of our clients, partners and employees.

Social Responsibility Empire operates every project with the intent of improving the quality of life in our communities for current and future generations.

“On time and within budget isn’t a goal, it’s a given,” is the mantra of founder & CEO of Empire Construction, Charles Roberts. This commitment is a legacy of Charles’ brother Bill Roberts, who founded Roberts Construction in 1976. After years of success in business and in the community, Bill transitioned from businessman and Denver City Councilman to Deputy Mayor & Manager of Public Works, City & County of Denver in 1991.

Following Bill’s departure, Charles founded Empire Construction Services. The new venture inherited the experience, employees, and the goodwill earned by Roberts Construction Company. They also inherited the commitment to reliability and responsibility that is the cornerstone or Empire’s success today. 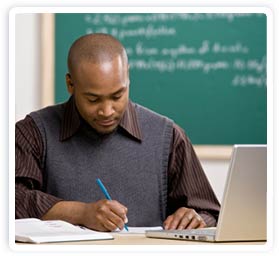 Empire is committed to expanding the opportunities available to minority and women owned businesses (M/WBEs). Our objective is to improve the economic viability of these firms through outreach and education as well as through direct partnerships. Empire has a legacy of mentoring and developing these firms as subcontractors, giving them the opportunity to become successful members of the construction industry.

Empire Construction’s community outreach program, Empire Legacy, works with local schools and community organizations to expose youth to the fields of design, engineering and constructing—fostering those interests and offering ourselves as role models. Our programs promote diversity (race, gender and age) and we maintain ongoing relationships with schools, administrators, civic organizations and students in an effort to cultivate future industry leaders. Through our non-profit, The Roberts Foundation, we have provided scholarships and other programs for students who are seeking a better tomorrow.